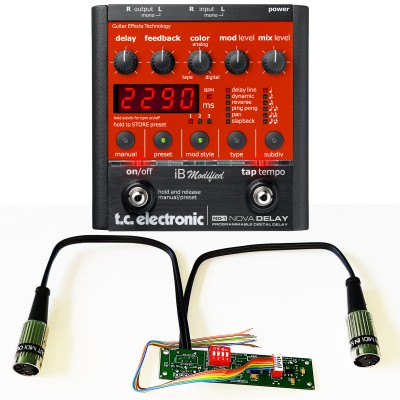 The principle of operation is that the built-in MIDI controller electronically simulates pressing the On/Off and Tap footswitches and replaces an activity which would have to be carried out during the guitar playing. Instead, just by pressing a button on a foot MIDI controller, the Nova Delay is automatically set to the preset corresponding to the number of received Program Change (1-9). The On/Off and Tap tempo can be controlled by Control Change command. Receiving MIDI channel can be set on a DIP switch.

The module doesn't affect neither the original sound nor functionality. It works in parallel with the pedal buttons. 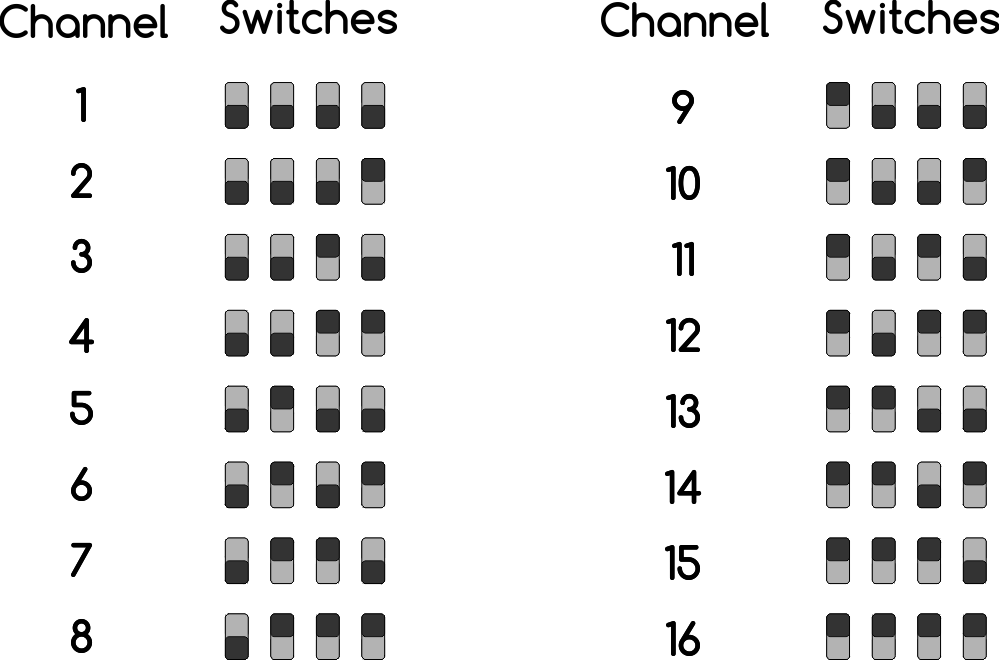 The MIDI channel and all other parameters can be changed even using MIDIConfig web-based configuration interface.

The preset number is controlled by Program Change MIDI message by default.

The MIDI module can be reprogrammed for use Control Change command instead of Program Change. CC#20 is default CC number then, although its number can be changed to any other.

The On/Off function can be controlled by CC#24 MIDI message:

The CC numbers can be reprogrammed from default values to any other numbers (0 - 127).

There are three options for controlling the Tap function by Control Change (CC) MIDI messages:

The CC numbers can be reprogrammed from default values to any other numbers (0 - 127).

It's possible to order the items in our eshop. Payment is carried out via Paypal or by bank transfer in advance.

In case of any complications with ordering, contact us via email and we will arrange the details of the shipment and payment.

If you have any questions, do not hesitate to contact us.