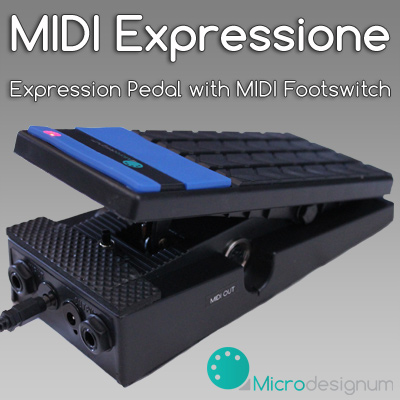 MIDI expression pedal with footswitch under the toe is used for controlling MIDI-controllable guitar effects, as for example Line 6 M13, which hasn't got an input for external switch under the toe of the pedal. Using MIDI Expressione, pressing another button for switch on/off the Wah is not necessary, which usually has to catch in a very short interval in live performance.

At the beginning of the segment with the wah-wah pedal, press the tip of the expression pedal. This sends the MIDI command to the MIDI output that switches the wah-wah in M13. At the same time a LED lights on the pedal. The foot is on the pedal, so you can start right away to play with wah. After the end of the passage with wah-wah, just press again the tip of the pedal, thus a MIDI command is sent to MIDI output that turns the wah-wah pedal off. At the same time the LED goes out.

Matt C. from Australia uses the MIDI Expressione this way: 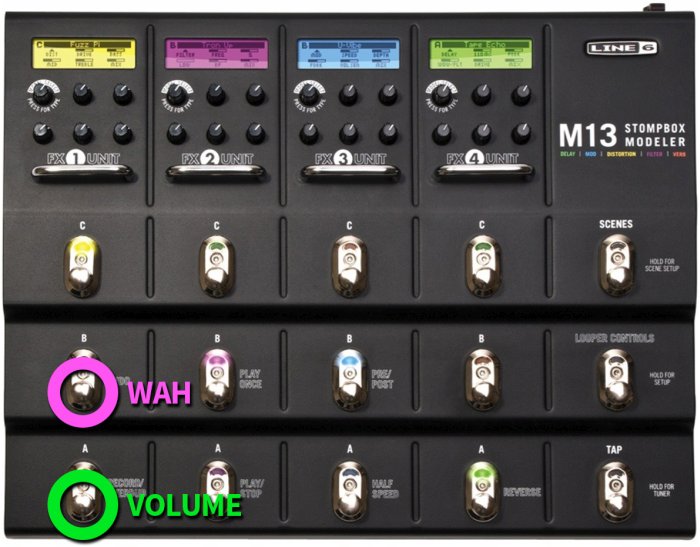 "The patch has the default Volume FX slot on (Green), which can be controlled by the pedal via the standard Line6 expression input, but when I click the toeswitch it flicks the wah FX (Pink) slot on. Another Toggle will take it back to the Volume FX slot again via MIDI."