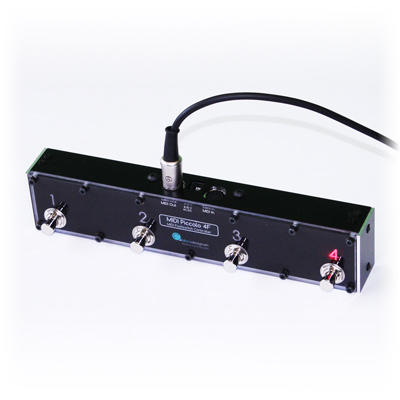 Simple foot MIDI controller with 4 footswitches for controlling 4 presets of guitar effects or 4 channels of a guitar amp.

The MIDI controller can be connected to the controlled device using single MIDI cable which conducts MIDI signal and power supply. It's very simple to attach it fast and it saves time when unpacking the controller before a concert.

The response on these simple MIDI messages can be programmed on a receiving device - MIDI switcher, amp, multieffect and so on. 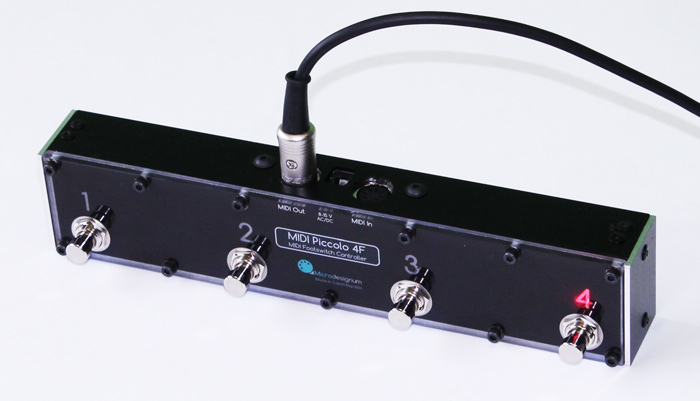